Industry with great attraction and tradition.

Global players such as Daimler, Opel/Stellantis, Magna, Bosch, BMW, IHI or Borg Warner have set up production in Thuringia. Auto manufacturing has deep roots in the state, dating back to early 20th century, when BMW’s Dixi and the Ley brothers’ six-cylinder vehicles wrote automotive history.

Thuringia is a central location that is never far from Germany’s and Europe’s carmakers. Alongside large corporations, many nimble mid-sized firms drive growth in this sector. One of the strengths of the Thuringian industry is its wide range of technological competencies.

Source: Study „Paths to sustainability for the automotive supplier industry in Thuringia“, 09/2018

To our success stories

Build (almost) a whole car with vehicle components from Thuringia! 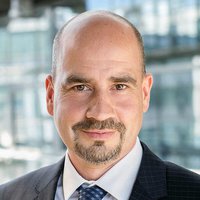